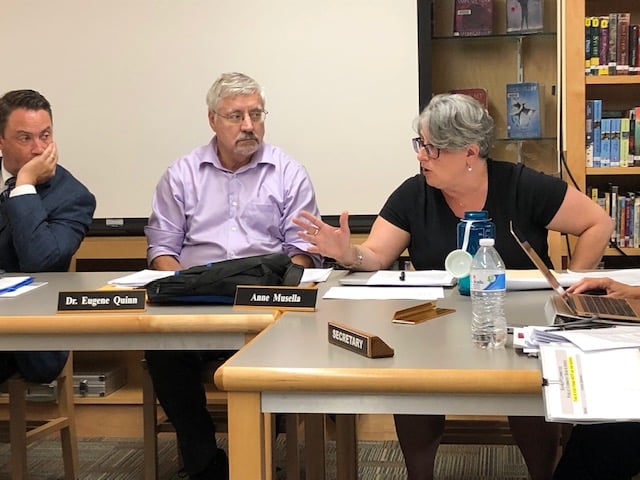 I was elected to a four year term on the East Greenwich School Committee in November, 2018. I am running for a second term.

Prior to being elected, I served as a community member of the Finance Subcommittee, and rejoined it as a school committee member.

I was recently appointed to the Building Committee.

I served on the negotiating teams for the most recent Custodians and Maintenance and Teachers Collective Bargaining Agreements.

As a 46 year resident and 44 year homeowner, I've paid several hundred thousand dollars in property taxes. I'm proud of the town and schools my taxes helped build and I want to see them preserved.

I support evidence based, data-driven policymaking, long term planning, and good relations with the Town Council.

I am recently retired from a faculty position in the Mathematics department at Stonehill College.

During my 16 year career at Stonehill I was:

Before that, I worked in government and industry for 27 years.

My wife Sheila and I moved to East Greenwich in 1976 just after we were married. At the time Sheila was a classroom teacher at the Trudeau Center and I was working as a Biostatistician at the U.S. Environmental Protection Agency Lab in Narragansett.

We had a foster child go through Cole and the high school in the 1990s.

I enjoy reading history, including the financial history of East Greenwich, collecting data, and running.

My graduating class had two National Merit semi-finalists and eighteen commended students (including me).

People I never knew served on the school board that helped make GHS as good as it was.

I believe it's my turn to serve now. 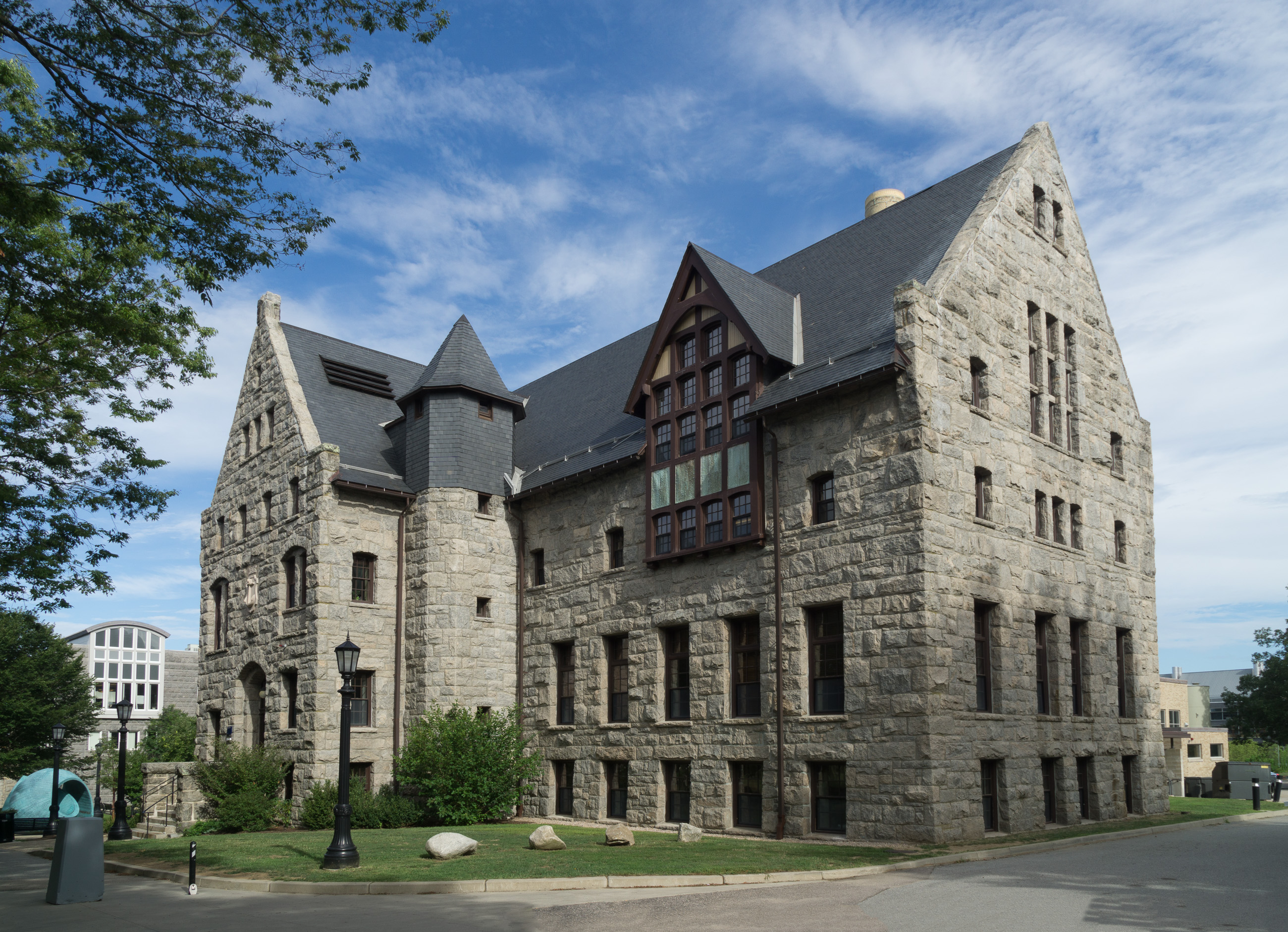 This was an interdisciplinary degree administrated by the departments of Computer Science and Statistics, Mathematics, and Industrial Engineering.

Prior to being elected to the School Committee in 2018, I served as a community member of what was then known simply as the finance committee.

That was my first exposure to the realities of public education financing.

In 1992 (1993?) I was one of eight volunteers nominated for a National Association of Partners in Education (NAPE) award by Volunteers in Providence Schools (VIPS). 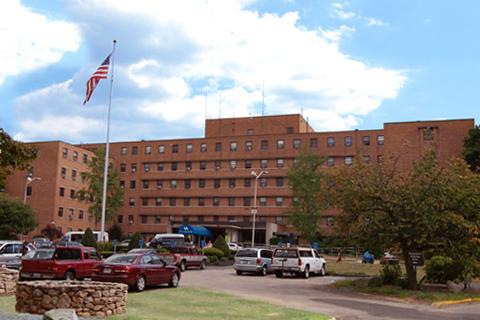 When Navy veteran Mary Beth O'Sullivan reached out to Stonehill College looking for GED tutors for a veteran in the Spinal Cord Injury Unit at the Brockton VA Medical Center, Stonehill grad Lisa Robbins and I volunteered. Lisa spent much more time with our student than I did; I just worked on math. He was one of the best students I have ever had the privilege of working with.

Ron, Lisa, and Mary Beth appear briefly in this video on the Veterans Upward Bound program.

I met Patrick Lacey, founder of BeatCC (formerly BeatNB) in 2011 when my cousin Francis' eighteen-month-old grandson was diagonsed with stage 3 nueroblastoma (he's 12 now). Patrick founded BeatNB after his son Will was diagnosed at stage 4 and he was told there was no treatment. BeatNB partnered with a researcher whose experimental treatment made Will the first child ever diagnosed with stage 4 nueroblastoma to achieve complete remission. Unfortunately many children do not survive childhood cancer.

One of our biggest fundraising events was the Falmouth road race. I was a team member for several years, but only actually ran once (2014).

In 2015 I did a summer research project funded by the Robert Noyce Teacher Grant at Stonehill College. We investigated the operational properties of the Student Growth Percentile (also known as the Rhode Island Growth Model.

We showed that it is a rather noisy measure.

I presented the results at the 2016 New England Statistics Symposium at Yale University.

I had the great privilege of working as a statistician on Body Dysmorphic Disorder research led by Dr. Katharine A Phllips at Lifespan and the Department of Psychiatry and Human Behavior at the Warren Alpert Medical School at Brown University for twelve years.

In 2014 I was first author on a poster titled "Investigation of multiple episodes in the longitudinal course of body dysmorphic disorder and comorbid major depressive disorder". I presented it at Mind-Brain Research Day at Brown University and at the International OCD Foundation conference in Chicago.

In May, 2017 the Town Council sent a mailer to all residents claiming that the median property tax bill had risen 51% between 2011 and 2016. This was false - anyone with any number sense can see that this is not consistent with the next line that claims the tax revenue increased by 15.4%.

In a four-hour meeting with the council president and vice president in December of that year, I presented irrefutable evidence that the actual median percentage increase was 13.3% (equivalent to 2.5% per year).

Up to that point, they were insisting the 51% number was correct, and they used it to justify level-funding the schools. The required cuts made EGHS the only one in the state without a librarian, and threatened to drop its accreditation from Fully Accredited to Warning Status.

One of the first things the current council did was to provide a supplemental appropriation that enabled us to restore many of the programs that were cut.

Before the implementation of the Uniform Chart of Accounts, the RIDE public repository for school district financial data was called In$ight, which implemented the Finance Analysis Model for Education.

Unfortunately, they are stored in a proprietary format (Microsoft Access) which makes them very difficult to work with. Using the open source MDB Tools software I was able to extract the contents of the tables, generate a database schema for the open source relational database MariaDb and produce a denormalized version of the data.

The slide at the left was posted on the East Greenwich town website and was supposed to illustrate how firefighters were cheating on overtime.

Using the fire department accountability logs obtained by Captain William Perry, I constructed an 18-month shift-by-shift history of fire department operations. There is not a single instance of this scenario actually occurring.

The department was short-handed and if anything firefighters were trying to avoid overtime as evidenced by the abnormally high orderback rate (an orderback occurs when an overtime shift is offered and no one volunteers. In that case, someone is ordered to work the shift).